How One Typeface Landed on the Moon - FRC 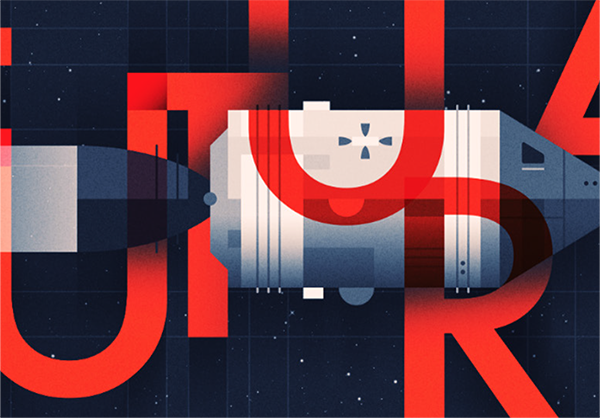 How One Typeface Landed on the Moon

Futura started o? as an avant-garde contribution to 1920s Modernism. But by the 1960s, it had become part of NASA’s authoritative image.

Molly Millions is cool. Her augmented eyes are coated in mirrors, and beneath her immaculately manicured nails, quicksilver daggers wait to be sprung. Her boyfriend was Johnny Mnemonic, a human hard drive, gray matter encrypted with a passcode that only the highest bidder can unlock. But that was before he died. Now, Molly is a “razorgirl”: a lithe assassin periodically hired for jobs involving computer espionage. Not that she jacks into cyberspace herself. She leaves that to her charges, the console cowboys she’s paid to protect as they slump in their VR rigs.

You might never have heard of Molly Millions, the street-samurai heroine of William Gibson’s Neuromancer, but in a way, you’re living in her era. Like Helen of Troy, hers is a face that has launched a thousand ships: Companies like
Google and Facebook and Amazon and Snapchat have all—in one way or another—been directly inspired by cyberpunk, the once-obscure ’80s genre of science ?ction to which Molly Millions belongs and which is now more relevant to designers than ever.

Writer Bruce Bethke coined the term “cyberpunk” in 1983, in his short story of the same title. He created the word to refer to what he thought would be the true disruptors of the 21st century: “the ?rst generation of teenagers who grew up ‘truly speaking’ computer.” Other authors, inspired by the more psycho-literary science ?ction of J.G. Ballard and Philip K. Dick from the ’60s and ’70s, embraced the term. The enduring works of cyberpunk of the ’80s and 90s—Neuromancer or Neil Stephenson’s Snow Crash, about a virus so deadly it can be spoken verbally and hack the human mind—examine dystopian futures in which the lines between virtual and authentic, human and machine have blurred. The heroes of cyberpunk novels are heroic hackers; the villains, all too often, monolithic mega-corporations.

You need only look to Hollywood to see that cyberpunk is big right now. Blade Runner 2049 is in theaters, Mr. Robot is on TV. At Fox, Deadpool’s Tim Miller is hard at work on a Neuromancer movie; Amazon has a Snow Crash mini-series on the production slate. Even Steven Spielberg is getting in on the action, with the movie version of Ready Player One, the popular cyberpunk novel by Ernest Cline. The reason is simple: The fantastical themes of cyberpunk—the tension between man and machine, virtual and real—have never been more real. And a large part of that is because the people who read cyberpunk as kids grew up to be the major movers and shakers of Silicon Valley, which now sets the world’s cultural compass.

Take Mark Zuckerberg, for example. The Facebook founder famously suggests that all his employees read Snow Crash. For cyberpunk a?cionados, then, it was no surprise when, in 2014, Facebook dropped $2 billion on Oculus VR, the company behind the Oculus Rift headset. A huge chunk of Snow Crash happens in what Stephenson calls the Metaverse, a virtual social network that is accessed exclusively through VR headsets. Inspired by the book, Zuckerberg had already created half of the Metaverse; by buying Oculus, his company is making a long-term investment in making its CEO’s teenage sci-? dream a reality.

There are plenty of other analogies. For example, Google named its Nexus devices in a nod to the Nexus series of replicants in Blade Runner. Apple’s whole design motif is essentially cyberpunk, in the way it makes high technology feel organic: Sleek, sexy, silver, and glass, the new iPhone X is a street samurai of a phone. Likewise, augmented-reality products like Google Glass, Snapchat’s Snap, Apple’s ARKit, and Magic Leap are attempts to make real, at least in part, Molly Millions’s mirrored eyes, folding the virtual into the real.

The examples go on and on. Virtual assistants like Siri that whisper into your ear through wireless AirPods. Consumer genetic testing such as 23andme. Apps that translate foreign languages in real time. High-speed, vacuum-sealed rail networks like the Hyperloop. Arti?cial retinas and cochlear implants. Hacker collectives like Anonymous. All of these have their direct equivalents in cyberpunk.There’s a reason, then, that cyberpunk has suddenly become a thing again in the cultural zeitgeist. Look at ?lmmaker Denis Villeneuve’s widely well-regarded Blade Runner sequel, Blade Runner 2049. I won’t spoil anything for you, but the movie poses several questions that, for the ?rst time ever, are relevant to your average person, in ways that its 1982 original was not.

All of these questions would have been solely the purview of sci-? back in the analog ’80s. Now, though, they are eerily relevant to everyone. Tech has caught up.

Of course, in a way, the central irony is that the real cyberpunks —Bethke’s “?rst-generation of teenagers who grew up speaking computer”—didn’t grow up to ?ght the mega-corps. They formed them. For a cyberpunk fan, this irony is even more bittersweet when you remember that the genre itself is inherently dystopian. Cyberpunk’s console cowboys spend all their time in virtual reality because the real world is all mass extinction and acid rain. They hack and augment their ?esh not because they’re cool, but because, in meatspace, they’re powerless, ruled by corporations that essentially hold their physical lives in perpetual servitude. In cyberpunk, the Cold War never ended; it just got higher tech. All of which sounds quite a bit like the world we all live in now — a world in which global warming is causing natural disasters of unprecedented severity, where people are a slave to their phones and social media accounts, where Russians hacked our democracy, where the POTUS overwhelmingly lost the popular vote.

But dystopia isn’t the cyberpunk vision the likes of Facebook and Google are selling. It’s all the sexy empowerment of cyberpunk without the dystopia, which is why products like Google’s Daydream VR headset come in organic shapes and warm, lovely pastels. But this is just salesmanship. We live in a world where carbon is at an 800,000-year high, not so far o? from Blade Runner’s vision of a planet in totally environmental catastrophe. In 2017, people aspire to live in co?n-size apartments because our cities are overcrowded, not so di?erent, really, from the containers that the heroes of Ready Player One or Snow Crash inhabit. And, of course, we all live approximately half our lives in cyberspace, thanks to our iPhones and smartphones, an outcome predicted by every cyberpunk story under the sun.

So where does Silicon Valley’s love a?air with cyberpunk go next? As far as it can along the cyberpunk’s roadmap of tech development — leading to ever more sophisticated virtual assistants and connected homes and augmented reality and wearables that hack into your very biorhythm. The relevancy of cyberpunk isn’t waning; it’s waxing. And for today’s designers living on the intersection of the virtual and the ?esh, Molly Millions isn’t just a priestess and a prophet. She’s a muse.

Even today, the best explanation of cyberpunk lies in what the android Replicant, Roy Batty, mourns to Deckard at the end of Blade Runner. “I watched C-beams glitter in the dark near the Tannhäuser Gate. All those moments will be lost in time, like tears in rain.” Tears in rain are the motif of cyberpunk and tech’s future: the indistinguishable blurring between that which man creates and that which is a force of nature. That is why cyberpunk isn’t just sci-?. It’s design theory. 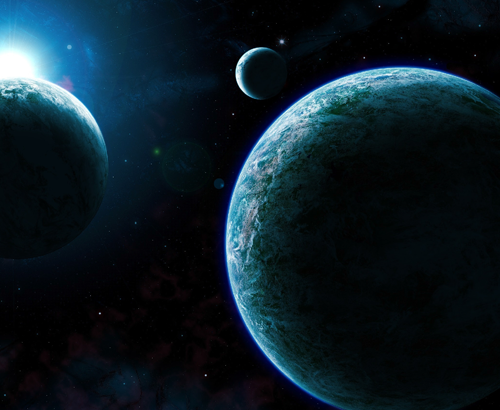 The future of retail? A renewed emphasis on product di?erentiation. 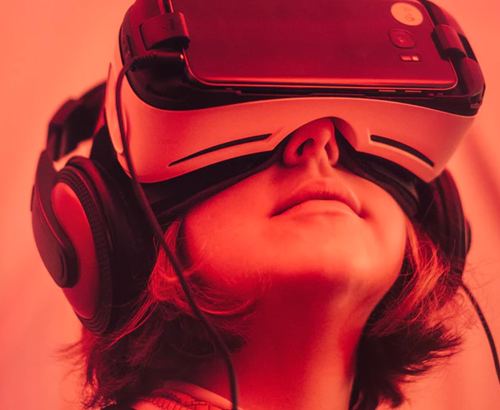 An Ode to the Brilliance of Roguelikes

How these early ASCII role-playing games sparked my love of minimalist design. 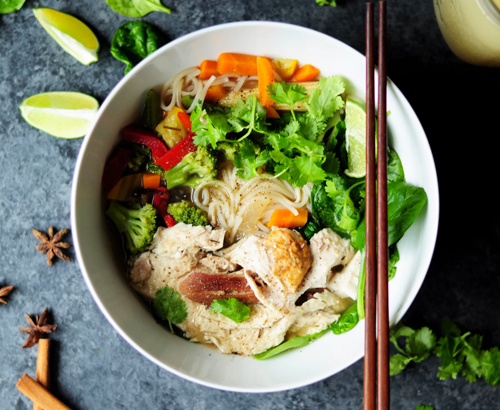 The Agony and Ecstasy of On-Demand Eating

How our obsession with getting exactly what we want to eat, when we want it, reveals deep cultural anxiety.